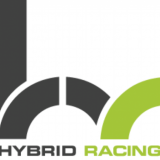 Check out new information about the upcoming release of the 2023 Honda Civic Type-R. Honda power dominates in racing around the world. From victory at Monza, Italy to the top step of the podium in Monteray, California HRC & HPD win! Acura announces a preview of the upcoming ARX-06 Hybrid Prototype that will debut in January's Rolex 24 at Daytona!
Read More How can you bring JTCC form and 90s style back to the racetrack in the 21st century? Build a Honda Civic Touring car and race it in the best grassroots series in the USA, of course. In this article we breakdown the essential parts of what makes Eric Kutil's Civic Sedan so special.
Read More